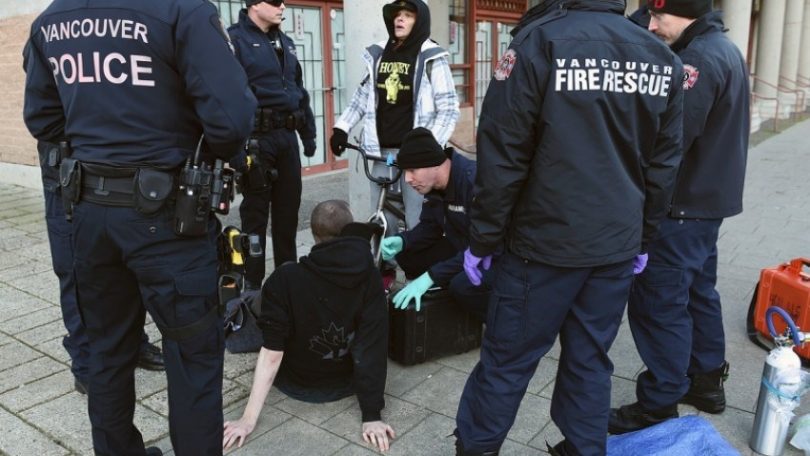 Police and firefighters attend to an overdose call on the Downtown Eastside (Photo credit: Vancouver Is Awesome)

B.C. has recorded another record month of drug-use fatalities – 175 in June compared with 171 in May.

The province has seen four months of back-to-back increases in deaths, “leaving behind grief and frustration while this public health emergency carries on into its fifth year,” B.C. Coroners Service chief coroner Lisa Lapointe said.

There have been 728 illicit drug deaths at the year’s halfway point.

Former provincial health officer and now co-interim executive director at the BC Centre on Substance Use Dr. Perry Kendall reiterated the need for change in the way drug addiction is handled.

Click here for the full story on Vancouver Is Awesome.

Similar stories can be found in the following media outlets: The Georgia Straight and Net Newsledger.