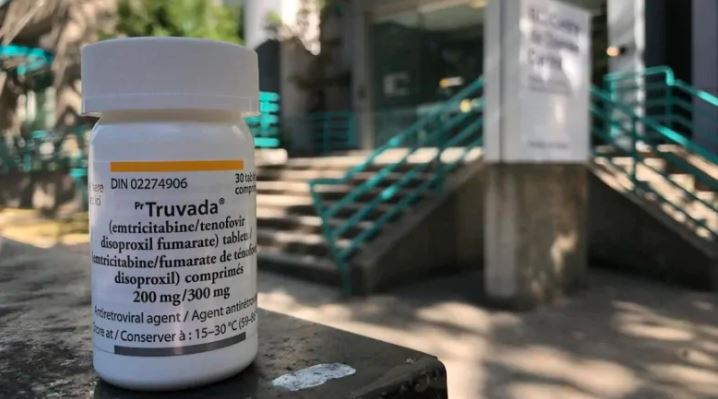 Experts believe the number of prescriptions for PrEP — which stands for pre-exposure prophylaxis — are down due to many of its users staying home and taking a break from dating during the pandemic. Truvada is a trade name for one PrEp medication used to prevent the spread of HIV/AIDS. (Photo credit: CBC News)

When British Columbians were told to stay home and stay safe at the beginning of the COVID-19 pandemic, Denis Laferriere did exactly that.

It also meant that his dating life was put on hold. So, Laferriere decided to stop taking his daily PrEP (pre-exposure prophylaxis) medication, which is used to prevent the spread of HIV.

“I just decided if I’m not going to be on the dating scene, I might as well not take it,” he said.

And it appears Laferriere is part of a trend in B.C.

There was a drop of 30 per cent in PrEP prescriptions between April and May and a 70 per cent drop in new initiations into the program, according to the Vancouver-based B.C. Centre for Excellence in HIV/AIDS.

Click here for the full story on CBC News.