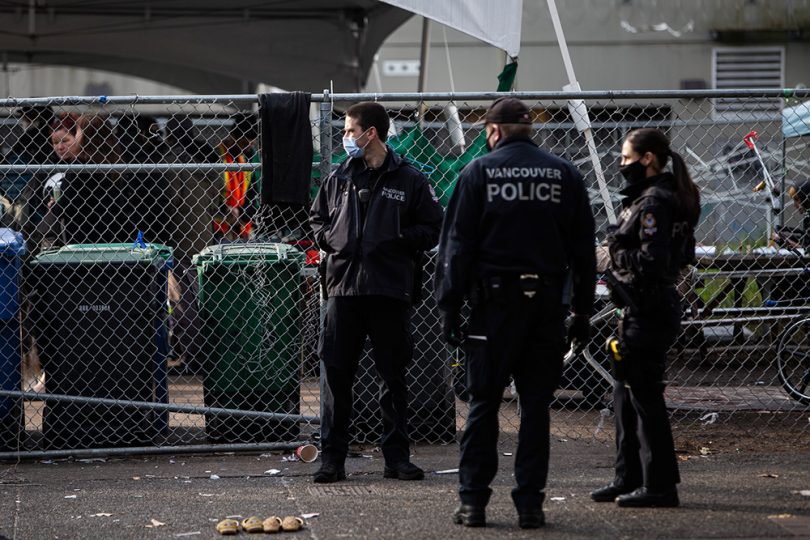 Decriminalization means the removal of criminal penalties for people caught in possession of personal amounts of street drugs. (Photo credit: The Tyee)

Mayor Kennedy Stewart says the proposal could be approved ‘within a matter of months.’

Vancouver could become the first Canadian city to decriminalize the possession of illicit drugs in an effort to prevent increasing numbers of overdose deaths.

Mayor Kennedy Stewart wants city council to approve a motion to decriminalize drug use and move the city away from stigmatizing and harming people who use substances.

Its backers include provincial health officer Dr. Bonnie Henry and her predecessor Dr. Perry Kendall, who is now co-directing the BC Centre on Substance Use, their counterparts in the city of Toronto, Premier John Horgan and the Canadian Association of Chiefs of Police.