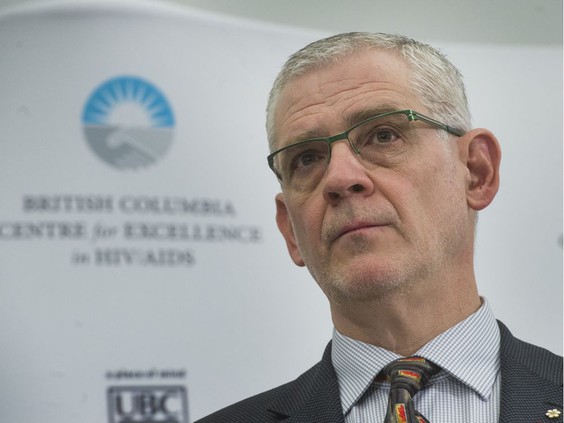 B.C.’s success in the fight against the HIV/AIDS epidemic has been remarkable, but the gains are strictly dependent on an unwavering effort, says Dr. Julio Montaner, executive director and physician in chief, BC-Centre for Excellence in HIV/AIDS. (Photo credit: The Province)

Opinion: We cannot afford to play one epidemic against the other, doing so will only lead to the expansion of disease burden, with consequent avoidable morbidity, mortality, suffering, as well as cost.

Today, as we celebrate World AIDS Day, we pause to remember all those we have lost to the global AIDS epidemic and to honour their memory. We also take a moment to acknowledge the remarkable effort that affected communities and their loved ones, health-care providers, and policymakers have made over the last four decades in fighting the defining health challenge of the last century. As a result, British Columbia has reached an over 90-per-cent decrease in AIDS morbidity and mortality, and the lowest number yet of new HIV yearly infections in over three decades.

Dr. Julio Montaner is executive director and physician in chief of the B.C. Centre for Excellence in HIV/AIDS, and head of the HIV/AIDS Program at St. Paul’s Hospital, Providence Health Care.

Click here for the full story on The Province.

Similar story can be found on the following media outlet: CBC News